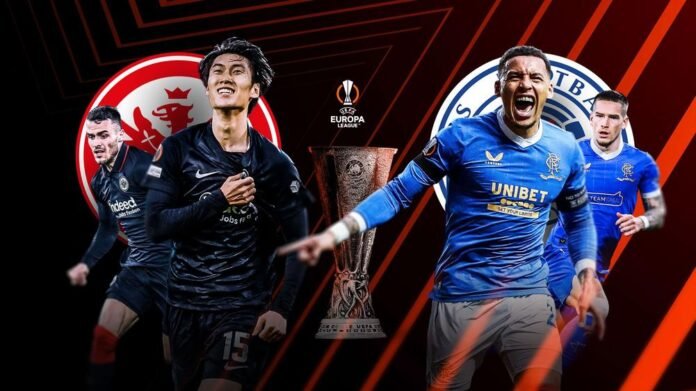 Follow live build-up and updates from the Europa League final in Seville as Rangers face Eintracht Frankfurt at the Ramon Sanchez Pizjuan stadium. Supporters from both teams have flocked to the south of Spain and over 150,000 fans have arrived in the city ahead of tonight’s match, in what is perhaps the most unexpected European final in a decade.

It is simply an unmissable occasion, and both Rangers and Eintracht have the chance to create history after making dream runs to the final. Rangers are aiming to win their first European trophy in 50 years and will believe they have nothing to fear after knocking out German opposition in Borussia Dortmund and RB Leipzig to reach this stage. Giovanni van Bronckhorst only took over at the Ibrox in November but has built on the foundations set by Steven Gerrard to take the Glasgow club to unexpected heights.

Eintracht Frankfurt may have finished in the bottom half of the Bundesliga table this season but they too have punched above their weight by knocking out Barcelona and West Ham to reach their first European final in 42 years, and cannot be taken lightly. The weather conditions could play a factor in the final, which is expected to take place in baking temperatures after a day of searing heat in Seville. Can Rangers handle it?