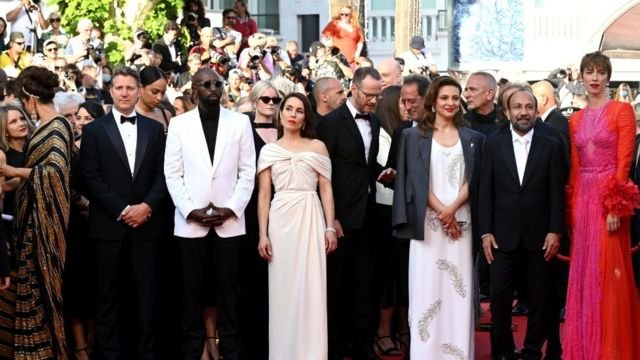 The world’s longest running film festival got underway once again on 17 May, this year without covid-19 restrictions it will be back to full capacity. The must-attend event on the French Riviera showcases the best of international cinema and haute couture fashion on its famous red carpet leading up the iconic Cannes steps to the Palais des Festivals.

The 75th edition of the Cannes International Film Festival will pay tribute to Tom Cruise, with Top Gun: Maverick is set to premiere at the festival. At the opening ceremonies of the Cannes Film Festival, Forest Whittaker attended to accept an honorary Palme d’Or award. Here’s a look at the films that have been selected for 2022 and the A-List stars that will be attending the event that will wrap up 28 May.

Who will be attending the 2022 Cannes Film Festival?

Cannes is known for its glamorous celebrity image where movie fans can catch a glimpse of high-profile stars as they walk the Promenade de la Croisette. The custom design outfits that the celebrities don are on par with the likes of the Oscars and the Met Gala.

Who has been seen on the Cannes Film Festival red carpet?

At the premiere of Top Gun: Maverick, Tom Cruise was joined by Jennifer Connelly and Miles Teller along with wife Keleigh Sperry. Viola Davis, Elle Fanning, Jon Hamm, and Eva Longoria were also seen on the red carpet prior to the screening.

Attending the premiere of George Miller’s “Three Thousand Years of Longing,” were actress Tilda Swinton and Idris Elba accompanied by Sabrina Elba. Just prior to their arrival an unidentified woman ripped off her gown and ran onto the red carpet. The semi-naked protester was painted in the colors of the Ukrainian flag and the words “STOP RAPING US” across her abdomen along with red handprints on her buttocks. Security wrapped her in a jacket and quickly escorted her away.

Tom Hanks will be making an appearance for the out-of-competition premiere of the biopic “Elvis” next week. He’ll be joined by co-star Austin Butler and director Baz Luhrmann.

Other stars that have been photographed on the red carpet of the Cannes Film Festival so far include Michael Fassbender, Julianne Moore, Julia Roberts and Jeremy Strong. Casey Affleck was accompanied by Caylee Cowan. Other silver screen stars that have been seen include Alessandra Ambrosio, Lashana Lynch, Soo Joo Park, Omar Sy, Julius Tennon, Alicia Vikander and Nikolaj Coster-Waldau.

What movies are competing for the Palme d’Or?