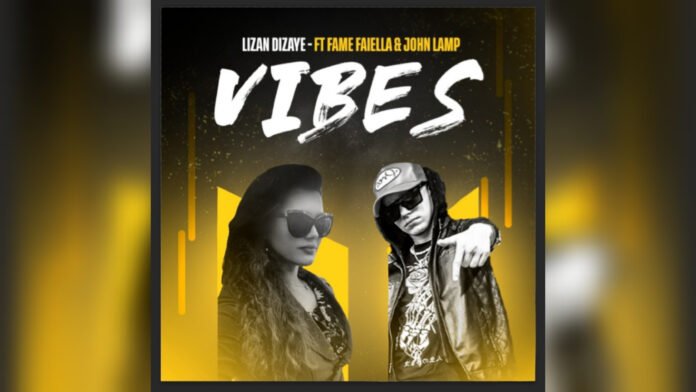 “Vibes” was produced by famefaiella & renowned producer John Lamp. The single has garnered much recognition and accumulated over 200,000 streams since its release.

Many know Lizan Dizaye through her work as an activist, influencer, and a model, producer having garnered over 450,000 followers on social media. But, Lizan Dizaye is also a rising awarded singer-songwriter. She released a banging record with up-and-coming rapper Fame Faiella. “Vibes” blends EDM, Pop, and Hip-Hop/Rap to give listeners the eargasm they’ve been waiting for.

“Vibes” is essentially a self-explanatory track – it’s about good vibes and loving/enjoying life. The song is intended to get you on your feet. “I wanted ‘Vibes’ to be like a club anthem, a song that makes you want to go to the club and dance the night away,” Lizan Dizaye stated. The single does just that, but also gives listeners fresh Rap lyrics and wavy vocals.

Lizan Dizaye has another hit in her arsenal. She will be dropping another single, “Moonlight,” very soon. The upcoming song is a slight change of pace as it is a love Pop/Rap song featuring German sensation Trae K. While “Moonlight” awaits a release date, keep the summer vibes going with “Vibes.”